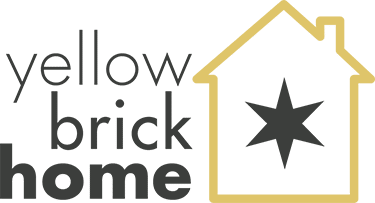 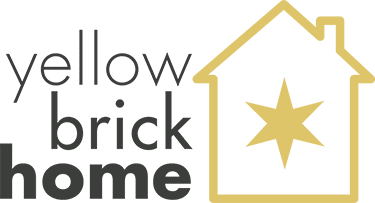 Today, we’re talking all about our plans for Unit 1 at the Two Flat! As we mentioned earlier this week, we’re back with the details surrounding the MASSIVE changes we have in store for this apartment. It took a lot of brainstorming with our contractor, but we’ve found a way to increase this unit from 1 (sorta) bedroom / 1 bathroom to a 3 bedroom / 2 bathroom – all without an addition! Hear us out.

There’s a lot to unpack here (um, like, an entirely new staircase!), but first allow me to throw one more set of plans at you for the currently-unfinished ground level! I mean, if it looks like we’re adding an entirely new level to Unit 1… well, we are:

Slicing Off the Pantry and Reworking the Bathroom

From what we can tell, at some point in the middle of the last century, storage space in this home must have been at a major premium. During that point in the home’s life, the then-owners added a five-sided floating pantry at the back of the kitchen. Unfortunately, it was improperly insulated (if at all?), is definitely leaky and is definitely not square. We’ll start the kitchen domino effect by removing the entire structure from the back of the house and replacing the current opening with a modern window to let in all that glorious light.

While we don’t anticipate future tenants or Airbnb-ers (we’re still up in the air on the latter) requiring enough pantry space to necessitate an entire addition on the back of the house, bonus storage options are always welcome. That said, we’re simply shifting the pantry to the space between the kitchen and bathroom:

Which means that the bathroom will then shift partially into the current broom closet you see below! This kitchen layout is going to change drastically… but wait, there’s more!

Adding a Closet to the Current Bedroom

While this unit of the home was listed as having 1 bedroom and 1 bathroom, the bedroom doesn’t have a closet, so technically, it’s just a… room? (Here’s a full photo tour, if you’d like to see!) Since the bedroom backs up to the kitchen (it’s the open door in the far right of the photo below), we’ll steal a bit of square footage from the kitchen to build a closet and ‘create’ the first of three official bedrooms. (Yeah, hang tight on those bedrooms – more in a minute!) Once the bedroom closet is in place and we’ve replaced the pantry with a new window, we’ll also shift the back door a few feet to the left, roughly where the window is now, which will give us room to create another U-shaped kitchen.

On the other side of the kitchen, we’ll be adding a staircase! That’s right; in the approximate space where the stove used to reside (marked by the dark spot on the floor, beneath that mysterious hot pink paint splatter) a staircase will lead down to the ground floor.

Originally, we struggled with the Unit 1 floor plan, and we had high hopes of adding a bedroom – someway, somehow. So when our architect toured the house for the first time and told us that we could duplex-down (meaning, make the ground / garden level an extension of the main floor), we were like, okay, prove it. We couldn’t wrap our heads around it, but after weeks of planning and brainstorming, we ultimately landed on a plan that would double the usable square footage of Unit 1! Here’s how…

Adding Those Extra Bedrooms and a Laundry Room!

In the front half of the ground floor, we’ll carve out a second bedroom as well as the den/wet bar area. The wet bar will line the wall to the left below, approximately where the sink and cute lil’ vintage stove reside now. Here’s the view when you walk into the garden ‘apartment,’ but when we’re done, this door will actually be walled off:

Here’s the view facing towards the existing entrance, and it’s a better view of where the wet bar will be. Once the awkward built-in closet (left side of photo below) and the large HVAC duct have been removed, the space will open up significantly, allowing for a cozy little entertaining/bonus/den space.

Below, you can see the view from the wet bar, facing towards… a new bedroom! This will be the largest of what will add up to be three bedrooms. This space will measure out to nearly 12′ x 12′, which is pretty generous by Chicago standards! We’re thinking of this as the ‘master-ish’ bedroom as it will likely be the only one large enough to comfortably house a king-size bed. Combined with the bathroom and ‘den’ space, it could sort of function as a large ‘suite’. We think it’ll be pretty great!

Stepping beyond the wet bar and future bedroom is a typical looking basement. One of the first things we’ll be doing back here is replacing the 130 year-old wood support beam below with a modern steel I-beam. The existing beam is likely structurally sound, but the placement of the post right in the middle of the photo below won’t work with the new plans, because it happens to land in the dead center of a hallway that will lead to a back bedroom and a laundry room! (Also, we want the house to last for another 130 years, so we’re future-proofing as much as possible, you know?) The back bedroom will occupy the space roughly created by the beam and the two exterior walls, and it will get new windows that are not glass block. If you squint, you can see it, right?

The photo below is taken from the reverse view of the photo above and shows the area that will become the laundry room! The washer and dryer will shift into space of the utility sink below, butting up to the back of the expanded bathroom. Much like upstairs in Unit 2, it’s extremely important to us that this unit has its own dedicated laundry space.

Back up the stairs to the ‘main’ floor of Unit 1, we’re holding our breath and hoping that this little glimmer of oak hardwood (under that blue tape below) continues throughout the apartment. Not only will this discovery save us thousands of dollars in flooring costs, vintage hardwood floors are simply the best. No question. Assuming the above is true, we’ll need to sand and refinish the floors, but not having to replace every single square foot of flooring sure would be fantastic. Fingers crossed!

We hope these plans are starting to make sense, but we’re always happen to talk through any questions in the comments! We’ll continue to update as the demo and eventual construction move forward, and if you haven’t yet seen it, be sure to check out the first video in our ‘Dear Two Flat’ vlog series. Through that series, we’ll bring you along for a real-time renovation ride through video, peppered in throughout our usual blog updates. We hope you’re as excited as we are to see this project start taking shape! It’s happening, it’s happening!

Show Hide 47 comments
« Cleaning with Science + a Satisfying Pressure Washing Video
The Weekender: We Need Your Help! Plus Clean Beauty, the Sweetest Toddler Clothes and The Show We’re Binging »
BACK TO THE TOP +